How to Be Yoda at Work: Becoming an Effective Working Parent Mentor 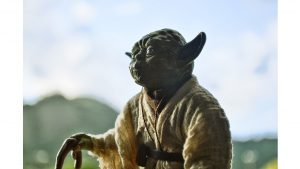 How many of you want to make the world better for future working parents who follow in your footsteps? I suspect this describes many of you who read this blog. But do you know how to be effective in your role as a mentor to those coming up behind you?

I just spent several days in Boston at a conference called Learn, Serve, Lead, which is the Association of American Medical Colleges’ (AAMC’s) annual meeting. I attend every year in my capacity as a health care partner at a law firm, and I’m always inspired by the sessions I attend. As a lawyer I’m outnumbered by brilliant doctors – thousands of amazing physicians from across academic medicine. This year, one session in particular had me thinking about how we, as working parents, can be most effective in our role as mentors.

The session was called “The Art and Practice of Mentorship: Mentoring Across Differences.” (Speakers were Nora Osman, MD, Denise Connor, MD, David Hirsh, MD and Barbara Gottlieb, MD, MPH.) The focus of the talk was on mentoring across racial lines. But I could see clearly how applicable the strategies were for mentoring across “parenthood lines,” too.

It’s no secret there are biases against working mothers in so many of our workplaces. (“Motherhood penalty” is, after all, a Wikipedia entry.) So how do we mentor our working mom colleagues who may be the subjects of these biases? And how do we mentor non-parents in a way that leads to a better understanding of working parents in the workplace?

Here’s the concrete advice I got from the session.

Commit to Mentoring and to Being Mentored

During the session, I sat next to a physician from Nigeria. She told me that in her country’s academic medical institutions, not only isn’t there an infrastructure for mentoring, but the younger folks don’t seem to want to be mentored. The first thing we can commit to doing as working parents is: (1) spending time mentoring others in our workplaces. And (2) seeking (and welcoming!) the advice of others who have gone through the transition to working parenthood before we did.

It’s an honor and a privilege to be able to mentor and be mentored, so let’s commit to the process.

Get Clear on Your Own Inner State First

At the beginning of the session, the facilitators had us all write down biases we knew we had. Not only did this exercise reassure us that we all had biases, but it encouraged us to reflect on our own perceptions.

Before sitting down with a mentee, think about your own lens on the world and current emotional state. Taking a few minutes to breathe and reflect on your own thoughts and perceptions can help you approach your mentees dilemmas with greater calm and creativity.

Knowing what triggers us can help us be more powerful as we work to mentor others.

Learn a Thing or Two About Bias and Stereotypes

There’s a world of literature out there about concepts like the psychological basis of bias, the neuroscience of slow and fast thinking, and unconscious bias. Take some time to learn about these principles, so you can approach conversations with mentors and mentees more schooled on what might be going on inside your own head and the heads of your colleagues.

During the session, I learned a new term, “stereotype threat,” that I think directly applies in working parent world. Here’s how it works: if I worry that someone holds a stereotype (e.g., “working moms can’t pull their weight at the office”), then I’ll be constantly worried that I’ll fulfill that stereotype. And I carry around a higher “cognitive load” than others on my team, because I’m worried about that rather that “simply” doing my work.

I also learned that feeling like you’re representing an entire group can also cause performance anxiety. In the case of working moms, “If I fail at this project, it will make all working mothers in my office look bad.” Yikes, what pressure!

As you mentor working parents, can you ask them about the stereotypes they perceive? Can you gently encourage non-parents to share their perspectives with you about working parents?

I once worked with an amazing leadership coach, whose advice was to treat whatever another person was saying to you “like gold coming out of her mouth.” Even when your role is as mentor (i.e. ostensibly the “imparter of knowledge”), it’s so incredibly important to listen first.

Yes, this deep listening helps to build trust between you and your mentee. But it will also lead to your better understanding her circumstances. Which means you’ll be able to identify problems sooner. And be much better at problem-solving and brainstorming with her.

Mentoring, particularly across differences, is so important but not easy. Imagine a scenario where you believe your colleagues may be subjecting your mentee to unfair scrutiny on account of her having become a mother. Using your voice to raise issues of potential bias isn’t easy.

You may be tempted to chalk your mentee’s issues up to other factors. Assume you’re misperceiving the situation. Be intimidated by others in more “powerful” positions than you in the office. Or simply decide you don’t want to “rock the boat.”

Yet none of these positions helps move the needle for your mentee or for workplace culture. Bravery is a must in making change. And rocking the boat is often necessary for forward progress.

Start the Relationship Off on an Open Foot

When you’re just beginning to mentor someone, the panelists encouraged us to acknowledge her various identities and background early on. Don’t wait for a crisis to raise the elephants in the room. If you “model courage and openness,” you’ll also create a safe space for your mentee to share what’s coming up for her.

I love the suggestion of starting off the relationship on a foot of empowering the mentee to believe in her own skills. You can ask, for example, “What thus far in your life has prepared you for the role you’re in now?” The tone of this question immediately gets the mentee thinking about ways she is competent. If she’s a working parent, also consider asking her what skills she is gaining through working parenthood that are directly translatable at work.

Help Shift Conversations Back to Competency

One of the most important things you can do for a mentee is to talk to lots of people she interacts with, to be able to understand the context within which she is working. As you speak with other colleagues of hers, particularly around performance issues, can you help guide conversations away from stereotypes and back to competence?

Being a mentor to others in your workplace can bring amazing personal fulfillment. And it can be an important way for you to help shape the workplace culture of the future. Given the diversity of the population, there is simply no way you can be the same as or have the exact same experiences as those people you advise. But you CAN become aware of your own biases, build your own confidence as a mentor, and make a huge difference in the lives of your colleagues and workplaces.

Want some excellent peer mentoring, as you transition back to work after maternity leave?  Join the next session of Mindful Return. 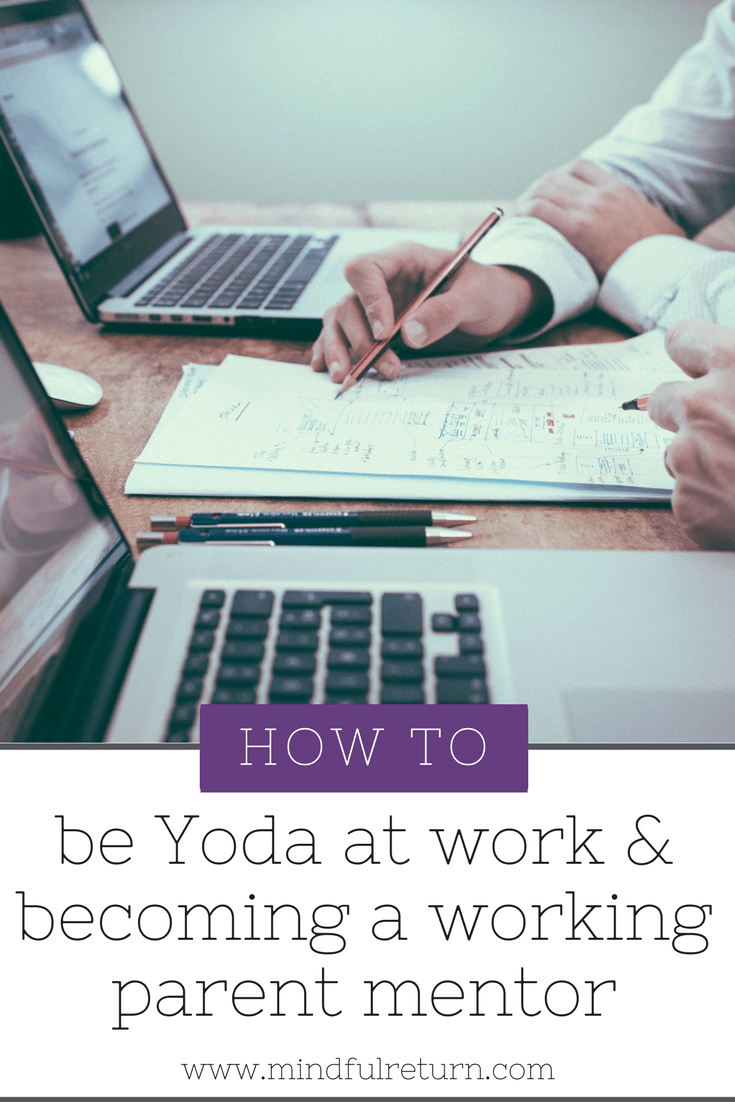