Does Parenthood Belong on Your Resume? 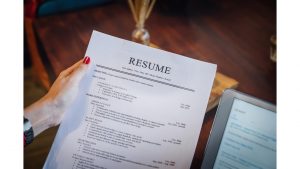 Does your parenthood status belong on your resume?  How about on LinkedIn?  Our families consume so much of our lives. Yet for a host of reasons, these questions still seem open for debate.

I’m thrilled to have Michelle Travis as a guest on the Mindful Return blog today, to weigh in on these issues. Michelle is the author of both My Mom Has Two Jobs (a delightful children’s book) and Dads for Daughters: How Fathers Can Support Girls for a Successful, Happy, Feminist Future (this one’s for grown-ups).  As you’ll see, her unequivocal answer to these questions is “yes!”

It’s time for employers to recognize that parenting is work. Parenting is a labor of love, of course. But it’s also still work. In fact, parenting builds skills that transfer directly into the paid workforce. Yet many parents are understandably hesitant to put “Mom” or “Dad” on their professional resumes. Empowering them to do so—and understanding why this move is good for business—is crucial for advancing gender equity in the corporate world.

Why Moms Don’t “Out Themselves” at Work

Most employers still view an applicant’s period of exclusive parenting—particularly by women—as a problematic career gap that tarnishes a resume. A recent survey found that one in five hiring managers automatically rejects any candidate with a break from the paid labor force.

In a classic lose-lose scenario, parenting while also engaged in paid employment is often viewed even more negatively than a period of family leave.  Particularly for women.  Employers often assume that working moms are less committed to their paid jobs.  And also that they somehow become less competent and less intelligent after they reproduce.

These motherhood biases lead to real economic consequences.  And these economic consequences are what’s called “the motherhood penalty.” When women become mothers, they tend to receive less pay, smaller raises, and fewer promotions than other employees. As a result, the gender wage gap for mothers is significantly larger than the gap for other women. A full-time working mom earns about 74 cents for every dollar paid to a full-time working dad.

So it’s not surprising that women engage in “secret parenting.” How?  By concealing evidence of their motherhood status from their bosses, coworkers, and prospective employers. As a law professor, I often have female graduate students ask me about the negative consequences of “outing themselves” as parents during job interviews.  This is a question I rarely field from men.

Given this reality, why should women risk triggering damaging perceptions by actually highlighting their motherhood status on their resumes?

It’s because parenting is work.

It’s because employers’ perceptions of motherhood are inaccurate.

And it’s because these perceptions won’t be disrupted, if we don’t start attacking them head-on.

Motherhood is also a phenomenal leadership training ground. Being a mom requires expertise in people management. Conflict resolution. Negotiation. Collaboration. Communication. And teambuilding. Motherhood demands keen observation, active listening, and the ability to give effective feedback and mentoring. Two of the most important skills for today’s corporate leaders are empathy and adaptability.  These are the hallmarks of a successful mom.

Employers may not start making these connections, however, until women start putting “Mom” on their resumes.  That is, until resumes explicitly identify the relevant skills that motherhood hones. The HeyMama organization is spearheading this effort with its Motherhood On The Resume (MOTR) campaign.  The campaign recognizes the importance of valuing the skills that moms bring to their professional lives, “not in spite of being parents, but because of it.”

The more women who join this movement, the sooner we will disrupt the maternal biases that create barriers to women’s leadership advancement. Destigmatizing family leave and valuing parenting skills in the workplace will also ease the mental toll that comes from secret parenting. And it will foster more engaged employees, who are less prone to both actual and “quiet” quitting.

LinkedIn recently took a step in (almost) the right direction. How? By adding a menu option for users when filling in the experience section of their online profiles. When adding an entry, users may now select “career break” instead of selecting only from a list of “positions.” The “career break” option enables a drop-down menu from which users may select various descriptions of how they used their time.  One of these options is “full-time parenting.”

While this new option should help normalize the non-linear progression of many women’s professional careers, it falls one step short. By categorizing a period of full-time parenting not as a “position,” but rather as a “career break,” LinkedIn is inadvertently reinforcing the erroneous assumption that parenting is not work that builds transferable skills. Sixty-eight percent of women in a recent LinkedIn survey indicated a desire not just to identify periods that they’ve spent outside of the workforce, but to do so in a way that “highlight[s] skills learned.”

LinkedIn also doesn’t allow users to easily highlight parenting skill-building experience that takes place at the same time that one holds a paid position. A user can highlight their working-parent credential by including “Mom” in their LinkedIn headline. Yet that option depicts parenting more as a status description. Rather than a skilled endeavor that adds to one’s professional portfolio. A better option would be to enable the selection of “Mom” as a position to include in the experience section.  And to permit a time-period that may overlap with paid positions.

Why Dads Need to “Out Themselves” Too!

Despite the long-term benefits of regularly seeing “Mom” on professional resumes, taking this step will not be cost-free for many women in the short-run. For now, maternal discrimination is real. As a tenured professor who writes about gender equity, taking this step is far less risky for me. The same is true for women who are already in corporate leadership positions. So we need to lead by example. Putting “Mom” on our LinkedIn headlines and resumes will reduce the risk for other women, while also helping combat the secret parenting plague.

An even better way to reduce the risks for women who will be doing the heavy lifting to disrupt maternal bias is for men to start putting “Dad” on their resumes as well. Normalizing men as caregivers is an essential step toward valuing parenting skills. Men in positions of corporate leadership are uniquely well-positioned to disrupt our gender role norms, by becoming “dadfluencers.”  That is, men who proudly display their caregiving credentials in their professional lives.

Many corporate male leaders have expressed a desire to become stronger allies for gender equity. But they often don’t know how to translate allyship into action. As long as women continue to shoulder the bulk of caregiving at home, they will always be viewed as second-class employees. So putting “Dad” on your resume—and leaning into co-equal parenting at home—is a powerful form of gender equity advocacy.

As Stewart Friedman and Alyssa Westring explain in their guidebook, Parents Who Lead, raising kids “is a leadership challenge.” It turns out that workplace leadership skills—like strategic planning, flexibility, and innovation—are the same skills that empower fathers to become co-equal partners at home.

Launching a “Dad on the Resume” campaign should also reduce men’s legitimate fears about negative career stigma from visibly prioritizing their family lives. When male corporate leaders start “outing themselves” as committed dads, it will validate men’s caregiving roles.  It will also provide powerful support for workplace flexibility and family leave.

Now is the Time

In our post-pandemic workforce, where women are still digging themselves out of the first “she-cession” in history, highlighting “Mom” and “Dad” on professional resumes is more important than ever. By embracing the reality that parenting is work, women will receive recognition for the skills they bring as mothers into their professional roles. Men will be empowered to become more engaged fathers and co-equal parents. And employers will reap the economic gains from more gender equitable workplaces. 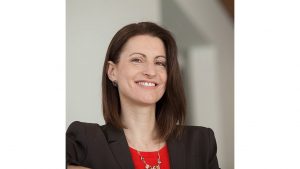 Michelle Travis is a Mom and a Professor at the University of San Francisco School of Law, where she Co-Directs the Worklaw and Justice Program. She is the author of Dads for Daughters, a guide to male allyship for gender equity.  She is also the author of an award-winning children’s picture book titled My Mom Has Two Jobs.