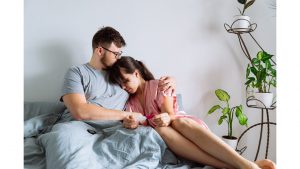 One topic I know we haven’t yet covered properly on the Mindful Return blog is infertility.  We don’t shy away from hard topics here, though.  And we have addressed tough working parent issues like miscarriage, see Returning to Work After a Pregnancy Loss.  But we haven’t yet touched on infertility, which I know is a struggle for so many individuals and families.

Before the pandemic struck, I found myself in Mexico at the Global Partner Meeting of the law firm where I was working. I was sitting next to a Canadian colleague at dinner, and we started with the normal small talk.  Then we got to talking about our families.  And when he shared his journey to fatherhood (one that involved cross-border surrogacy issues), I wanted to know more.  Then he told me his wife was writing a book about their experiences…and I knew I had to get in touch with her.

Today, I bring you a guest post by my then-colleague’s wife, Alex Johnston.  Alex is the author of Inconceivable: My Life-Altering Eye-Opening Journey from Infertility to Motherhood (use discount code INCONBOOK15 for a 15% discount on a copy of her book).  Whether you are on your own infertility journey, supporting someone who is, or went through it in the past, I hope you’ll take comfort in her story.

In addition to reading her advice below, I also hope you’ll join us for an open and honest conversation about these topics on October 21, from 12-1pm Eastern.  I’ve invited Alex to be our October guest for our monthly webinar series.  And she graciously said yes.  You can register for this webinar here: October Book Talk: The Infertility Epidemic.  And now, over to Alex.

My mother had five babies in seven years. She was basically pregnant from 1967 to 1975. She says she loved every pregnancy. And she describes with flair the many activities she did during her pregnancies, many of which would probably be outlawed today.

She skied until the bitter end with my sisters, Deb and Jen, who were February babies. She won a tennis match the night before I was born. My mother polished an entire brass staircase the day she went into labour with my sister Sharon. She cooked spaghetti for half the neighborhood during a blackout and then immediately went into labour with my youngest sister Sam. And she leaned more towards the French than the Americans when it came to guidance around food and wine.

She says she never felt stronger, happier, or more beautiful than when she was pregnant.

I did not have that experience. None of my sisters did, which has always flummoxed our mother.

There wasn’t a single day that I enjoyed my pregnancy. Between the nausea, gaining close to half my body weight, and the baby kicking my pubic area so repeatedly during the last couple months of pregnancy that I thought I would file assault charges, my body took a pounding. It was a daily grind.

When my son finally made his way into the world, well past his due date and after thirty-six hours of labour and a c-section, at ten pounds with a head the size of a basketball, it was hard to reconcile my mom’s pregnancy experiences with mine.

But the dividing line between my mom’s experience and mine wasn’t so much how we felt about pregnancy. It was the very fact of pregnancy itself. I grew up in a house with a boat load of estrogen. So it never crossed my mind that I would have any difficulty getting pregnant.

But the age that my mom started her family (twenty-four) and when I started trying to build mine (thirty-two) set us on two very different family-building journeys.

I had a good family doctor. But I don’t think we ever discussed fertility until I told her that I was ready to start a family. Eighteen months after that conversation, I was standing in a fertility clinic listening to a fertility specialist tell me that my hormone levels were borderline menopausal and my ovaries didn’t have many eggs left. I was shocked. I was only thirty-four. The doctor explained that twenty percent of women my age were infertile, making it hard or impossible to get pregnant.

As I learned the facts about infertility, I was baffled that every girl and woman would not be equipped early in life with information on how to reduce the risks of this happening to them. I began to see infertility as an epidemic that no one was talking about.

Infertility is an even bigger issue today than when I was first trying to get pregnant. Today the majority of babies in Canada and the U.S. are born to women in their thirties.  This demographic shift is taking place all over the world. In Japan, Ireland, Italy, Korea, Luxembourg, Spain and Switzerland, the average age of childbirth is now over thirty-two.

There are definitely many options today for fertility preservation, such as egg freezing. But while these avenues are aggressively marketed to younger women as a panacea, the reality is that few women have the money or the health insurance coverage to afford this assistance.

Becoming a parent is a deeply personal choice. But to be able to make that choice, women need to be armed with the right information. Otherwise, they may wake up one day and realize that a door has already quietly closed before they even had a chance to consider opening it.

I am almost fifty now. And when I hear a woman in her thirties talk about wanting to have a baby “one day,” I tell her the facts. 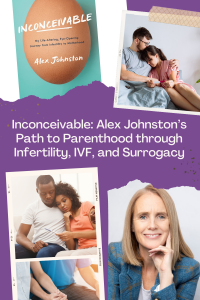 I tell her that knowledge is power. No one else cares as much about the outcome as she does. Don’t delay getting help. Know the facts.  Know your own body. And make decisions based on what you learn.

I’ve had many conversations over the years with women and men who struggled with infertility.

I tell them that as lonely as the journey can feel, they are not alone. There are women and men around the world navigating similar hopes, fears and sorrows. They will get to the other side of this.

I tell them to take care of themselves – emotionally, mentally and physically. Ask for what they need – help, time, space, compassion or just plain love – from their community of family, friends and colleagues.

And I always leave them with one final message – something that my mom and I would both agree on, despite our very different experiences with pregnancy.

Whatever path you choose to try to have children, do everything you can to get to the end as fast as possible.

The longer it takes, the harder it is.

But if you are lucky enough to get to the end of that path with a child, I promise you it is magnificent. 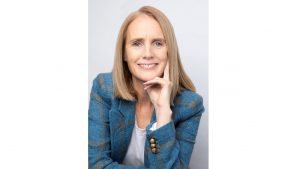 Alex Johnston was President of Strategy and Public Affairs at the CBC and senior policy advisor for justice, social, and women’s issues to Ontario Premier Dalton McGuinty from 2003 to 2011. She also ran the Canadian office of Catalyst Inc., a global non-profit advocating for the advancement of women in business, and is the co-chair of the McGill Institute for the Study of Canada. She grew up in Montreal and now lives in Toronto, where she and her husband are raising their three young children.

Want to ask Alex questions about her book and her infertility journey? Click here to sign up for Mindful Return’s October webinar, “The Infertility Epidemic”.