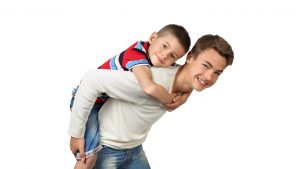 As a mom of boys, wife of a former babysitter, and dreamer about domestic and professional gender equality, I hereby make a request of all parents: please build boys into your babysitting bench.  What exactly do I mean?  Read on to find out.

Amen for the Changing Times

I grew up in a suburban world of gendered caregiving.  I’m a child of the ‘80’s and ‘90’s, and in the Pennsylvania town where I grew up, I’d wager to say that a majority of families had one parent in the workforce and the other at home.  Caregiving was very much seen as women’s work, and a “good” dad played with his kids every once in a while.

On a college visit to Princeton (where I wound up going to college), I still remember the shock and awe of having stepped into a world where, occasionally, men could be seen pushing strollers down Nassau Street.  Nothing so startling – and wonderfully remarkable – had crossed my path back in Mechanicsburg, PA.

Fast forward to a time and a place (Washington, DC), where on a daily basis I see men and women alike carry babies in Moby wraps and Ergo carriers, pushing strollers, and picking their kids up from daycare.  Even in this land where both parents are deeply and fully engaged in the baby, toddler, and school-age care of children, however, I still encounter many new dads who never held a baby until his own arrived.

Our oldest son’s diapers were far from the first ones my husband ever changed.  In addition to having a younger brother nine years younger than himself (giving him experience on the home front), he also earned money babysitting as a teenager.  As he tells it, he was pretty much the only “guy babysitter” in the neighborhood, making him quite popular, particularly among families with boys.

Now, as the owner of the family’s babysitter rolodex, my husband does an excellent job of making sure the “babysitting bench” as he calls it has both boys and girls in its ranks.  He’ll ask the younger neighborhood boys – and girls – to come over and help out as a parent’s helper.  And we’ve grown these great pre-teens into reliable and wonderful teenage babysitters.  (Then, sadly, they leave us to go to college…alas.)

This week, I also learned about the first male au pair I’d ever heard of.  A mom of two boys whom I met for coffee told me she intentionally requested a guy au pair to care for her elementary school-aged sons this coming year.  (Turns out they’re sometimes referred to as “au pair boys” or “bro pairs.”)  I love that we’re starting to see movement in this direction.

What to Do as a Parent to Even Out the Babysitting Gender Imbalance?

Are you the parent of a boy?  Encourage him not only to participate in the care of younger siblings, but to explore parent helper opportunities and babysitting gigs as he gets older.  When he gets to be the right age, let your friends and neighbors know he’s available for this type of work.

Are you a parent looking for parents’ helpers and babysitters?  For every girl you ask over, please also ask a boy.

It’s perhaps stereotypical, but so often we hear about the “clueless” new dads who don’t know how to diaper or dress an infant.  And about the moms who simply “do it themselves” rather than taking the time to teach their male significant others the baby care skills.

I’m convinced that one of the best ways to give men confidence around caregiving and normalize the idea that these tasks are not “instinctively” the domain of only a certain half of the population is to give all kids childcare experiences early on.

The more reps we get in early in life, the more natural caregiving will all be later. 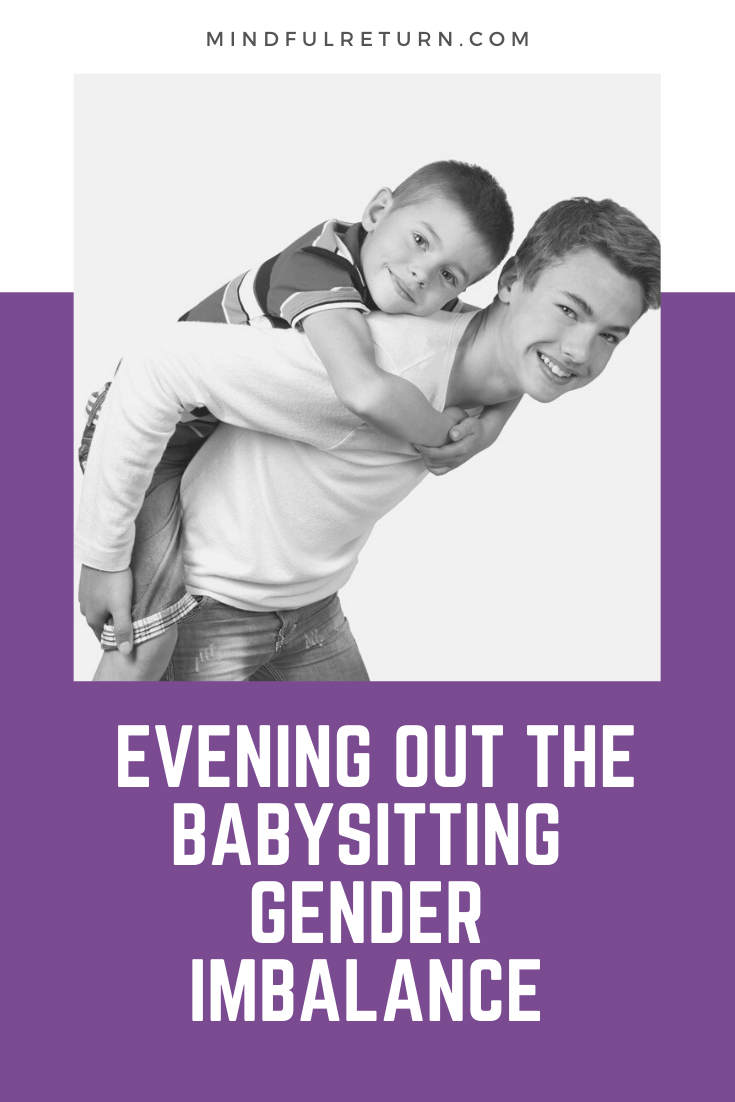