The Benefits of Box Breathing for Working Mamas

“Let’s do some box breathing now,” the yoga instructor said.  I squinted my eyes and peered at her suspiciously, as though she had just made up a new word.  Box what? I didn’t see any boxes around to breathe into.

Perhaps it’s a visualization, I surmised.  She said the term with such conviction – “box breathing!” –  I figured it had to be a “thing” in the yoga world.  And I was right.  This technique is sometimes called “square breathing” or “four corners breathing,” and there are indeed a bazillion articles written about it.

U.S. Navy Seals are said to use it.  Which means, of course, that it is probably powerful enough to help a mama through the average toddler temper tantrum. Or a late night work fire drill.

Here’s the concept, as my yoga teacher explained it to me. 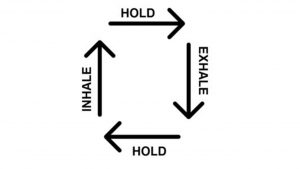 Okay, so a few things.

First, it took me a few tries to get the hang of this.  Don’t give up after a messy first box!  Second, when I say that your nose “draws the line,” I mean that your nose may be making subtle movements in the air in the direction you’re drawing the square.  Not that you’re painting foot-wide imaginary lines in the air with your nose.  Particularly if you’re using this technique in a public place, subtle movements are probably key.

What’s so great about it?

What’s so great about this seemingly wacky breathing exercise with fairly complicated instructions? While you were trying to figure out how to do it, did you have a single brain cell left for whatever was causing you stress a minute ago?  See!

One of this technique’s virtues is the concentration it requires.  Even once you have the system down, you still need to be able to count to four, pay attention to whether you’re inhaling or exhaling, and draw an imaginary box in your mind, all at the same time.  If there were ever an exercise for interrupting a wild train of spiraling, repetitive, negative thoughts, this is it.

Evening out your breathing and reminding yourself to take deep, full breaths, also has a calming effect on your nervous system.  And the mere act of focusing on your breath can serve as an anchor to learn how to pay attention to your own thoughts on a deeper level.

I invite you to test out this little breathing trick the next time you are thrown off course by your screaming child.  Or by an unreasonable client.  A passive aggressive colleague.  Or a driver with road rage.  You may just find yourself teleported into a zen-like state for a moment or two.  Which in that moment of fight or flight, may be exactly what you need to respond in a way you won’t later regret.

And when a yoga teacher declares that it’s time for some “box breathing,” you’ll know what language she’s speaking. 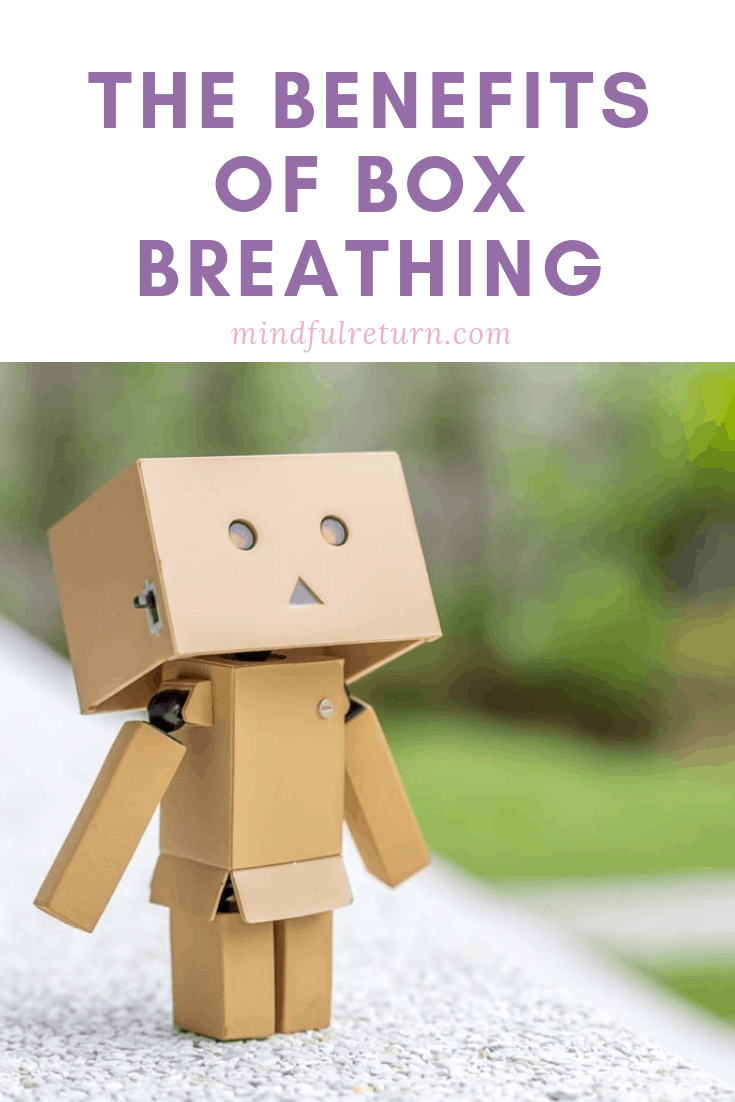