What if We Aren’t to Blame? Letting Ourselves Off the Hook as Working Mamas 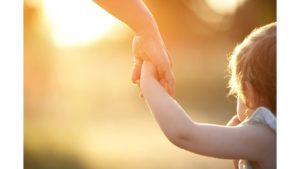 Last week, I had a work trip to Chicago, and I used some of my plane-riding down time to read a book I was wanting to read for my own pleasure (gasp!): Brené Brown’s Rising Strong: How the Ability to Reset Transforms the Way We Live, Love, Parent, and Lead.  Now, I loved her prior book, Daring Greatly (read my reasons why all working parents should read it, here), which is what inspired me to pick up this one.  If Daring Greatly was Stage 1 – get yourself out there in the arena! – Rising Strong is Stage 2.  It’s the how-to-pick-yourself-back-up-when-you’re-face-down-in-the-arena guidebook.

First lesson here, working mamas: use work travel for some personal reading and for thinking those big thoughts you no longer have time to think when you’re home with kids and working.  The change of scenery and time alone can really shift your perspectives on life.

Though I underlined pretty much half the book for one reason or another and took away more lessons than I can count, there was one point in particular that hit home for me in the realm of working parenthood: bad stuff happens.  I know, I know, this isn’t a Brené Brown revelation.  It’s not new.  And it’s not deep.  But the way she explained how we use blame to “discharge discomfort or pain” felt like she was talking directly to me:

“In fact, for most of us who rely on blaming and finding fault, the need for control is so strong that we’d rather have something be our fault than succumb to the bumper-sticker wisdom of ‘shit happens.’  If stuff just happens, how do I control that?  Fault-finding fools us into believing that someone is always to blame, hence, controlling the outcome is possible.  But blame is as corrosive as it is unproductive.”  (p. 197)

Woah.  This struck me like a ton of bricks.  How many times have you blamed yourself for your child’s screams, middle-of-the-night wakings, illnesses, or tantrums?  “If only I hadn’t been at work all day, he wouldn’t be getting up in the middle of the night to eat.”  Or perhaps, “maybe if I hadn’t gone on that work trip, her nap schedule wouldn’t have gotten messed up.”  “She wouldn’t have gotten sick if I hadn’t sent her to daycare.”  Or even, “had I given him snack X instead of snack Y, maybe he wouldn’t have had that tantrum.”

I admit, it feels a bit crazy to write this.  Do these thoughts really cross my mind?  Yes.  Do they sound logical when I type them on paper?  No.   Are they helpful?  No, again.

If, as Brené suggests, blaming ourselves is about a need for control, is it any wonder this blame would set in more strongly when we become parents?  There are a million and one things we absolutely cannot control when we have kids.  Though we sure do try our hardest to keep everything in check.  It’s hard to give ourselves over to the chaos that accompanies parenthood.

What if, instead of blaming ourselves, we learn to let go of a bit of that control.  We learn to shrug our shoulders at the tantrum and remind ourselves, “all 3 year olds are emotionally volatile.”  “It’s normal for babies to wake up in the middle of the night.”  “All kids get sick.”  And yes, even “sometimes naps get thrown off for no reason at all.”  Stuff happens.

I’m not saying don’t learn from mistakes.  Or reflect on the past to plan for the future.  What I’m saying is maybe we can let ourselves of the hook a bit more often.

Somewhat ironically, I also grapple with this blame-type issue when something good happens.  I was spending a night in a wonderful hotel room on my work trip last week, taking a bath in a deep-soaking tub, reading Rising Strong, and thinking to myself, “wow – how did I wind up so lucky as to be here, alone, in a beautiful, quiet bathroom?  What did I do to deserve this?  I’ve been working so hard, perhaps I’ve earned a night away…”  And here, instead of blame, the control question was about merit.  What did I do, personally, to deserve this night away?  The honest answer is probably: nothing.  Just as shit happens, good stuff happens, too.  It just does.

Blame and guilt are definitely cousins, and of course the wise Dr. Brown had some thoughts on the big old “G” word, too.  “More times than not,” she writes, “what we think is guilt is really shame and the fear of not being enough.”  Yes, reading that felt like another ton of bricks.  When someone is “guilty”, they’ve done something wrong.  But, by working outside the home and mothering, there’s nothing you’ve inherently done wrong.  Brené’s characterization of guilt is spot on in working mama land: that so-called “working mom guilt” we feel is indeed a fear of not being enough.  Either at work or at home.

Working mamas, will you join me in these three resolutions for the coming week?

If we make these three simple – though not easy! – commitments this week, we can start down the path of releasing that unhelpful blame.  We can let ourselves off the hook.  We can spend more energy enjoying our children and our work.  And perhaps even sink a bit deeper into the many joys of working parenthood.

Are there times you’ve blamed yourself needlessly in working motherhood?  Any ways you can let yourself off the hook more often?  Share below in comments.

Need help with the transition back to work after maternity leave?  Join the next session of Mindful Return for a 4-week curriculum and peer mentoring group with other new working mamas. 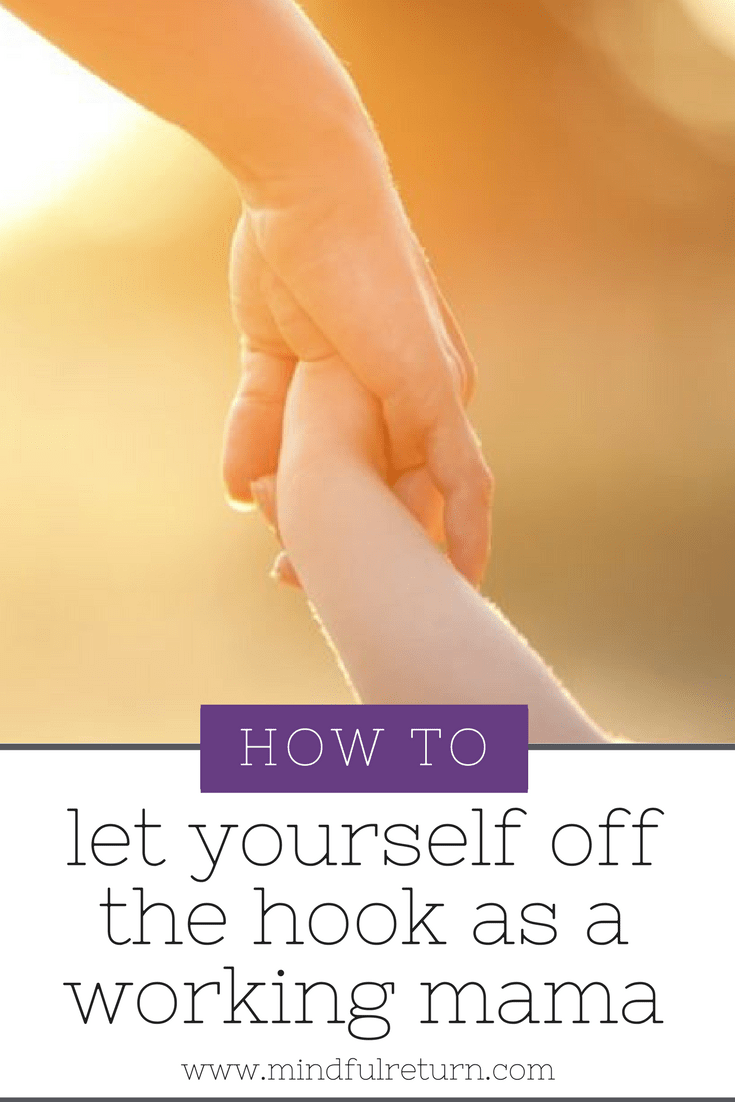