When You’re Angry at the System (as a Working Parent) 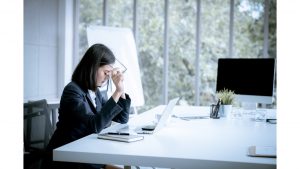 At some point or another as a working parent, you’ll probably feel angry at systems that aren’t designed to accommodate you very well.  I speak as a working mama in the United States, but I suspect this concept applies in one way or another all over the world.

There’s the lack of paid leave.  The fact that women are simply expected to play the caregiver roles throughout their lives.  No matter what.  There’s the motherhood penalty.  Face-time and inflexible work cultures that reward butts in chairs.  Billable hour systems that reward time over results. Jobs that get restructured while we’re on leave.  Gender biases against fathers taking parental leave.  The burden of the mental load we’re supposed to carry.  Lower salaries.  Stigmas and stereotypes.

And I suspect you have a few (hundred) more to add to this list.

My point isn’t to harp on about the problems, though.  For me, complaining feels good for a few minutes.  But then smoke starts coming out my ears.

Rather, a recent vacation to West Virginia got me thinking about healthy ways of coping with righteous anger.

The week before school started for our kids, my family went to Berkeley Springs, WV, for a few days off the grid.  We grilled every day, ate outside, splashed in a creek, made S’mores, played hours of monopoly, and enjoyed being far away from the city.

One day, we planned to go swimming at a nearby lake in Cacapon State Park.  But alas.  The day we selected to go was a Monday…and the lake was closed.  (Turns out Google’s engines got the park hours wrong.  Had we clicked through the Google Empire to the Park’s actual page, we would have known about the closure.)

After drowning our swimming sorrows in Blizzards at DQ (an important childhood rite of passage, I think) and buying socks at the local dollar store for our sandaled feet, we headed over to the local bowling alley for some afternoon fun.

The alley was nearly empty, and we were enjoying good laughs in our lane with bumpers.  My mom bowling skills were nothing to write home about.  And my oldest son broadcasted his competitive streak.

Then, a group of people walked in, several of whom had politically charged (racist and nationalist) t-shirts on.  “Deep breaths,” I told myself, as my anger levels started to rise.  “What’s wrong, mommy?” asked one of my sons, noting the concern written across my furrowed eyebrows.  I explained that the shirt I was reading was not particularly kind.

And then I got a strike. Then another.  And another.  Three in a row.  Why? Because I channeled that anger into that ball and directly at those little bowling pins.  As I explained to my boys, I was imagining that the ball I was rolling was crashing into the head of a certain well-known political figure. I know, not the most peaceful image to give them…but it cracked them up and made a statement about safe ways of being angry.

Turns out my aim is quite good when my anger is channeled in the right direction.

One healthy thing to do with righteous anger, I think, is to release it through physical motion.  In the past, I’ve had the experience of moving anger during the “chaos” part of a 5Rhythms dance.  I’ve let it out through runs (in my running days before kids). But I had never bowled it out before.

Stand Together in the “Tragic Gap”

Anger isn’t really a feeling I’m generally good at talking about, or even sitting with.  I’d just as soon cut straight to sadness and anxiety and ignore it all together, to be honest.  I know where in my own past this comes from.  I know it’s not the healthiest of approaches.  And it’s still hard.

I’ve been binge listening to a podcast recently called The Reboot Podcast.  A recent episode involved an entrepreneur who was frustrated with the incredibly small (2%) fraction of venture capital funding that goes to female founders.  This was, the host Jerry Colonna, said, a prime example of what Parker Palmer refers to as “the tragic gap” between the world as it is, and the world as we know it can be.  To bridge this gap, we must “find that place of common belonging in our suffering,” said Jerry.

What a fitting expression for our working parent woes.  There is such a “tragic gap” between the world we live in, and a world where working parents are valued for their contributions.  Where we are accepted fully both at work and in our families and communities for the many incredible roles we play.

I feel so supported and hopeful, though, when I stand, as Jerry says, “shoulder to shoulder” with other leaders who are pushing for the same changes.  Who are angry at the same broken systems.  And who are motivated to stand together to do something about changing our cultures for the better.

I know another world is possible.  Or I wouldn’t be here writing this blog post week after week.

Do Something, No Matter How Small

Which leads me to my final point.  In addition to moving our anger physically, and joining forces with others who feel as passionately as we do, a third productive way of coping with this righteous working parent anger is to get out there and do something.

Cook a meal for new working parents.  Start or join a working parent group at your office. (And join the Working Parent Group Network if you do.)  Lobby a government entity for paid leave.   Lobby your company for resources that will help new moms and dads enter working parenthood.  Be public about your alternative work schedule.  Broadcast working parent skills.  Encourage a dad to take his full amount of parental leave. Give a working parent a hug.  Teach a manager how to be an advocate for working parents.

Do anything, mama. Baby steps are good.  They are how all important things start.